See our products Get in Touch 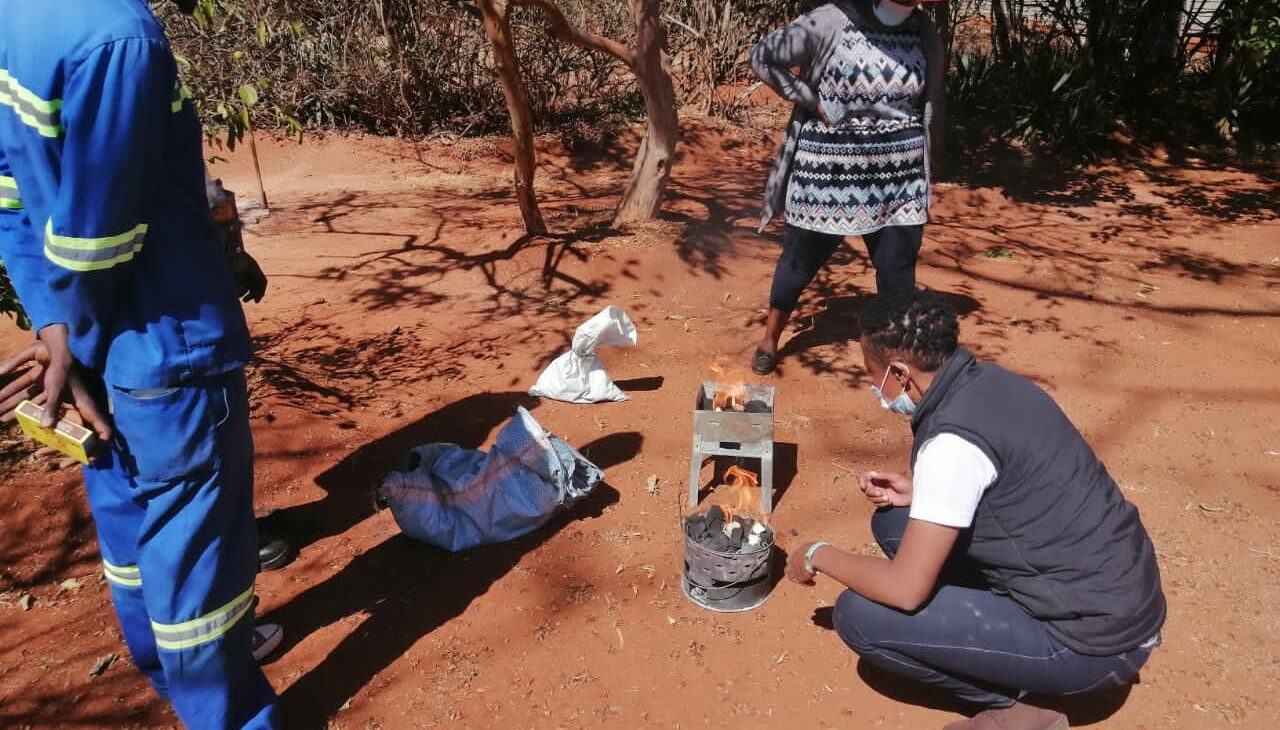 Visit our shop Get in touch

See our services Get in touch

To make a significant impact within the food industry.

We empower small scale poultry producers by providing them with innovative poultry equipment and technical advisory services so that they can build sustainable businesses.

We have Chick brooding devices whose aim is to reduce chick mortality rate by 95%. The device has 3 components. 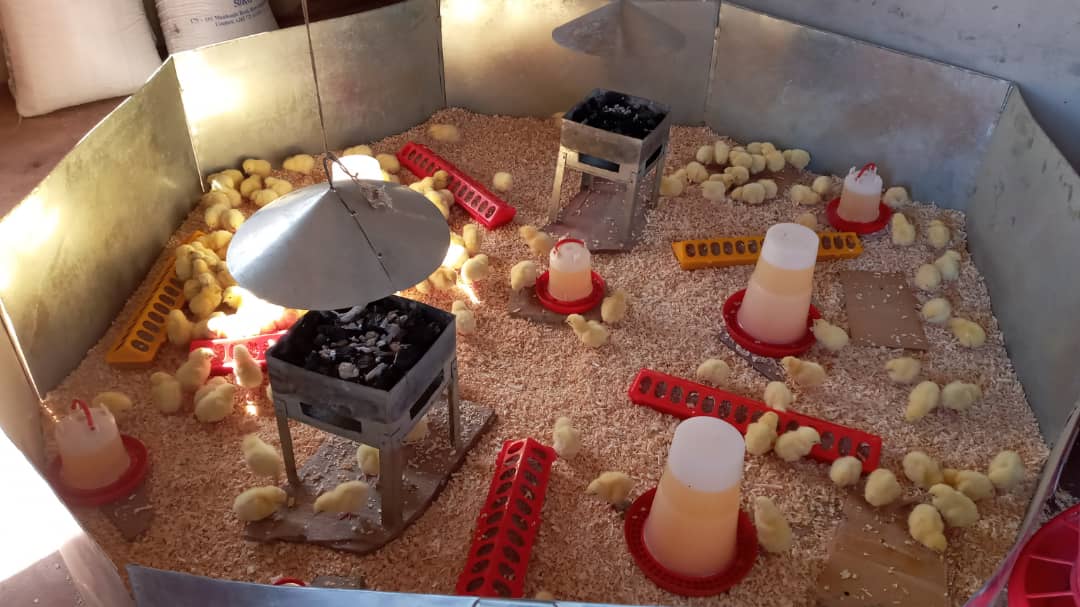 It confines the chicks in a specific area so that they do not run away from the heat source. It is adjustable and can accommodate between 25 to 500 chicks upto 14 days 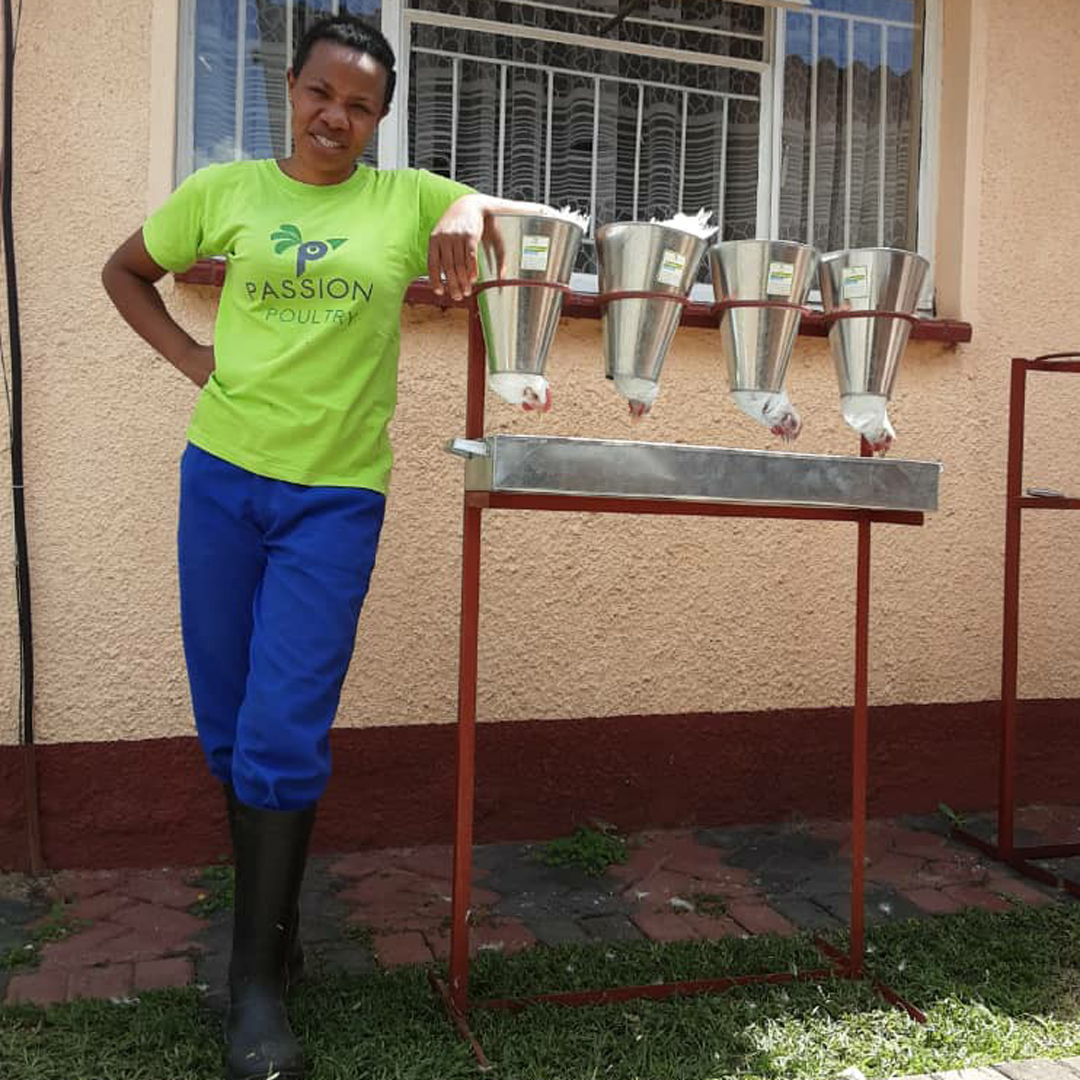 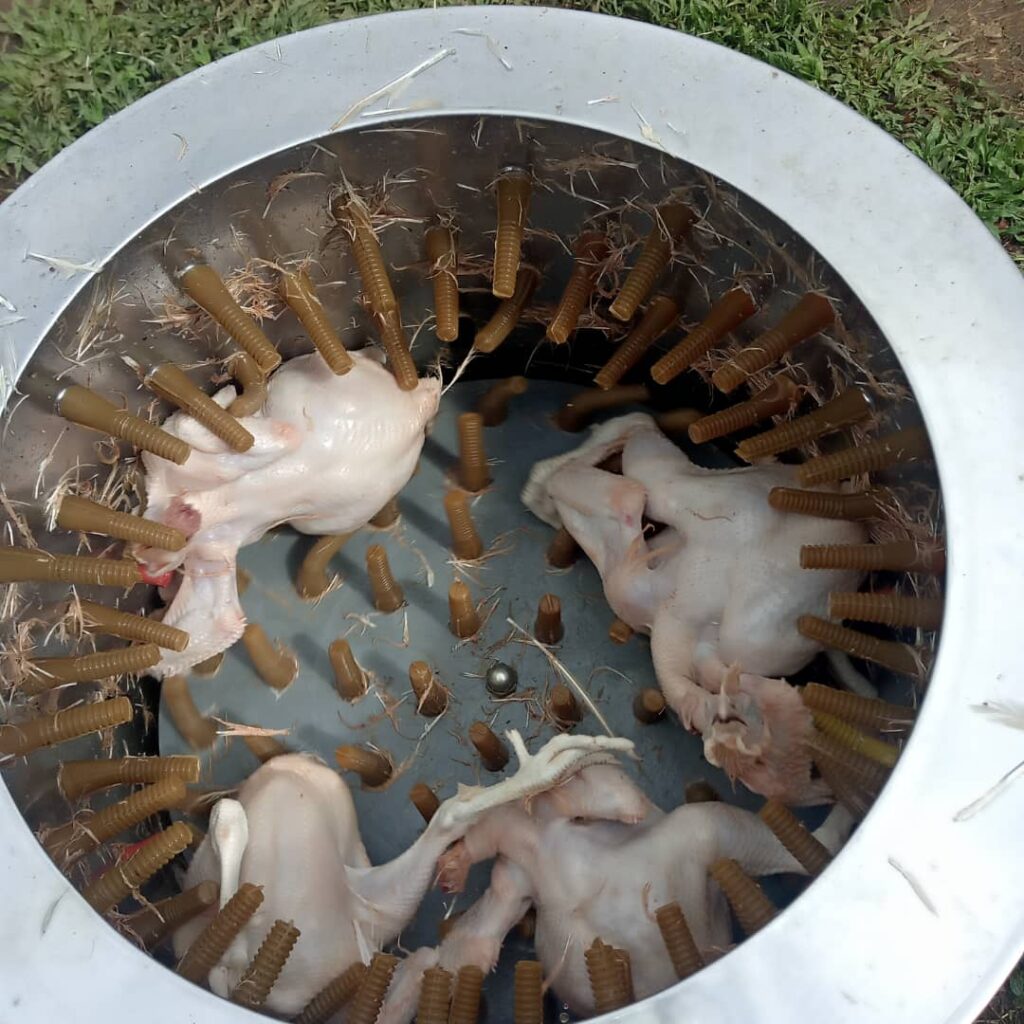 This machine can process upto 6 birds per minute.

We are always there for small scale poultry farmers.

We offer consultancy services for poultry related projects and businesses.

We offer training services for keeping Broilers, Layers and Roadrunners.

We lease out our processing equipment for farmers to use.

On the 1st of September 2016 Evangelista Chekera decided to bring her childhood ideas into life and started working on Passion Poultry. She designed and innovated the slaughtering device that eases the process of slaughtering chickens. In order to distribute this device efficiently she partnered with Novatek Feeds, Profeeds and Henn Chick. Later that year she registered the company as a Private Business Corporation. In 2017 she co-created the chick brooding device with farmers who were experiencing high chick mortality rate and decided to work with a team to grow the business. In 2021 the chick brooding device was awarded a grant by the Tony Elumelu Foundation and the company was later registered as a Private Limited Company. Today Passion Poultry works with over 500 farmers and has partnered with other startups such as Musika Express for distribution, Takura for logistics, Fast D for logistics and Tofara Online for digital marketing and local fabricators for production of equipment. Poultry maintains a culture of research and innovation in designing convenient and affordable equipment aimed at improving the quality of poultry being produced by small scale farmers in Africa. The Passion Poultry team is supported by a 3 member advisory board with expertise in Business Development, Accounting, Human Resources and Law.

Evangelista Chekera is a psychology graduate whose purpose is to make a significant impact within the food industry. In 2016, she founded Passion Poultry, a company that designs, manufactures and distributes innovative poultry equipment for small scale farmers. To date she has designed a chick brooding device whose aim is to reduce chick mortality rate by 95% by mimicking the mother hen. She has also designed a poultry slaughtering device that eases the process of slaughtering birds. In 2019 the African Regional Intellectual Property Organization (ARIPO) granted her 2 patents for the two devices in the form utility models. Currently farmers in Zimbabwe are using these devices. Evangelista has won accolades at national and continental level and she was the first Zimbabwean to be a keynote speaker at the 2019 Royal Academy of Engineering Global Grant challenges in London. Evangelista is one of the 2022 Techwomen Emerging Leaders

Winter is the best time for broiler rearing

Why winter is the best time for broiler rearing. My favorite season has always been winter ever since I was 10. This…

Processing broilers for small scale farmers Consumers often wonder why some chickens taste better than other, well it… 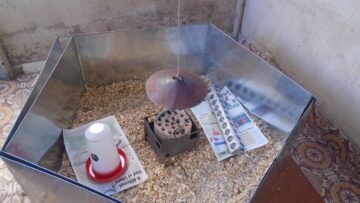 Hello farmers as you all know I was involved in the family poultry project at the age of 10. Growing up we used traditional…

I do 100 birds per batch. I bought the slaughtering cone with four cones. It's now easier and faster for my team to slaughter birds, because one of them can slaughter four birds in a space of 3 minutes.I love the cone and will refer other famers.

I pluck 100 birds per month. The slaughtering cones has reduced my slaughtering time. The plucking machine I initially hired from Passion Poultry makes it easier for me to pluck my birds in a short space of time.

I wanted to take this opportunity to thank you for the excellent service your company provides. Our yard always looks perfect when you are done. You are very thorough and always go the extra mile. Thanks again!

Our focus is to manufacture innovative poultry equipment for small scale farmers; to make their work smarter, convenient and faster.