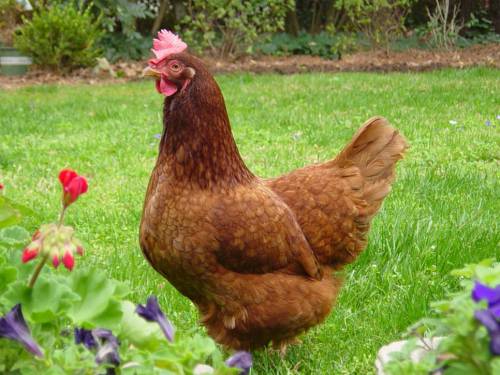 Identifying the causes of egg abnormalities

What eggs can reveal about hen health.

Eggs are initially formed in the hen’s ovary. Approximately every 24 hours (in a commercial laying hen), a hen will release an ovum (yolk). As it travels through the oviduct the white and shell will be added, and it will be laid by the hen. Even though this is a simple process, there are multiple points at which something could go wrong, including the ovum not releasing properly, the shell not forming correctly or other similar problems.

Eyes are the windows to the soul but, for chickens, the way eggs look and feel are really the window to the overall health of the bird.

In general, Pitseky says that healthy eggs should be clean, smooth and have strong shells. If the eggs are opened, the yolks should have a uniform colour. In addition, there shouldn’t be any cracks in the eggshell. If your hens are producing normal eggs, then that’s usually a sign they’re healthy.

However, there may be cause for concern if your hens are laying eggs with shells that are rough, thin and dirty. If your hens knock the eggs onto the floor or don’t make it to their nests to lay eggs, then the birds should be monitored. Backyard keepers should also be concerned if your hens are regularly laying eggs that have large blood and meat spots in the yolk. The presence of these abnormalities could indicate that the bird is not as healthy as it could be, or that husbandry needs to be improved.

Monitoring egg production allows keepers to determine what “normal” eggs look like for their flocks. If producers tracked the average number of eggs produced or noted if the shells were cracked, then they could immediately note any issues that were out of character. Emphasising data collection also ensures that if backyard keepers need to consult a vet, they have extensive recorded information to use instead of anecdotes.

What is happening when I see meaty spots in the egg?

The meaty spots occasionally seen inside eggs are small sections of the ovary that became part of the egg while it was developing. If you see these spots, know that there’s nothing immediately wrong with the bird; it’s just something that tends to happen in older hens. Pitesky says that since commercial producers remove eggs with meat spots in them, many poultry keepers are not used to seeing them. However, if the spots are seen in younger hens on a regular basis, then keepers should monitor the general health of the birds laying the eggs.

Why is there blood in the yolk sac?

Small amounts of blood in the yolk sac means that a blood vessel broke in the ovary when the ovum was released. The broken vessel became part of the egg as it travelled through the oviduct and was laid by the hen. Similar to meat spots, if this happens occasionally there is no cause for alarm.

Why are there two yolks in the egg?

Seeing two yolks in a single egg means that two ova were released at the same time. This usually happens in younger hens and indicates that they are being exposed to too much light. Birds need 16 hours of light in order to maintain their circadian rhythms. However, if the light intensity is too high then their ovary becomes overstimulated and releases multiple ova at once.

What is a lash egg?

A lash egg is an egg-shaped ball of puss and detritus that is occasionally excreted by sick hens. When the mass is cut open, it is possible to see bits of ova, shell or other materials. The presence of a lash egg means that the hen’s reproductive system is inflamed and is often associated with E. coli or mycoplasma infection. To treat it, Pitseky recommends consulting a poultry vet and using an antibiotic treatment that won’t leave a residue in the eggs.

Why do the shells feel different?

Pitesky says that there are a number of factors that can change the texture of eggshells. In general, as chickens age, they make larger eggs. However, they use the same amount of calcium during shell formation. This means that the calcium is spread over a larger surface area – resulting in thinner-shelled eggs. This type of thinning is normal, but producers should be mindful of any checks on the shell. If the shells are habitually cracked or have small checks, then the hens could be stressed. It could also mean that there isn’t enough padding in the hen boxes.

However, there are other texture changes in eggshells that should be monitored. If backyard keepers notice any pimples or little calcifications on the outside of the shells, it could be indicative of mycoplasma or infectious bronchitis. Shells with a leathery or rigid texture could also indicate mycoplasma infection.

Is there any egg abnormality that would automatically result in a cull?

“It’s not that simple,” says Pitesky. In general, one symptom doesn’t indicate a single cause, and symptoms should never be viewed in isolation. For most of the egg abnormalities he discussed with the Chicken Whisperer, Pitesky reiterates that seeing the occasional one isn’t cause for alarm. However, consistently producing abnormal eggs should be viewed as an indicator that something may be amiss.